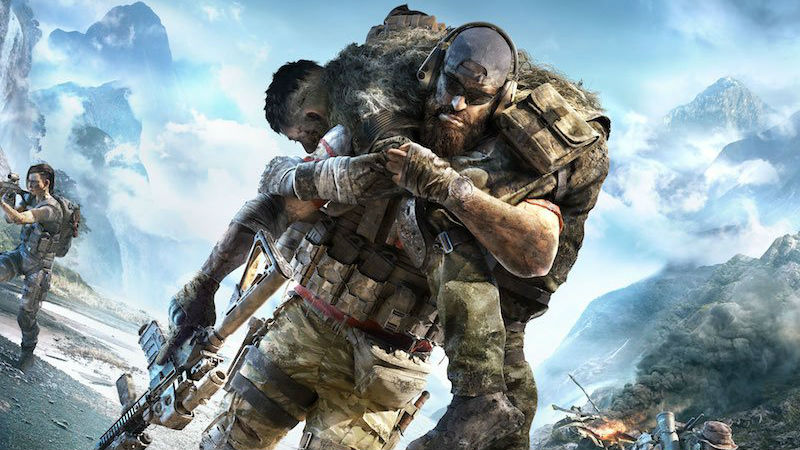 Check out the first details and gameplay trailer here!

While Ubisoft has been putting some focus into their other Tom Clancy spin-off franchises – most notably The Division the Rainbow Six: Siege, the French developer is committed to expanding their rough-around-the-edges Ghost Recon series.

Ghost Recon: Breakpoint will be the follow-up to 2017’s Wildlands (which is highly-underrated and one of the gems worth playing), picking up after the events of Wildlands, where Nomad and the other Ghosts find themselves on a tropical island known as Aurora – where a Silicon Valley-like drone tech company known as Skell Technology has set up its headquarters. But Auroa and Skell have been invaded, and the tech workers there are being held hostage by a group of ex-Ghosts, rogue operatives named the Wolves. Led by Cole D. Walker (The Walking Dead and The Punisher‘s Jon Bernthal), the Wolves have cut off all communication to the outside world and assumed control of Skell’s drone fleet.

Breakpoint follows the squad-based tactical shooter formula as previous Ghost Recon games, but puts an emphasis on survival and environmental warfare this time around. As the developers explained during its reveal, the Ghosts have always been the hunters on their missions – this time, they’re the hunted.

Ghost Recon Breakpoint will hit PS4, Xbox One, and PC on 4 October 2019. More information on the game is expected at E3 2019 in June. Check out the announce trailer above and full gameplay walkthrough below: