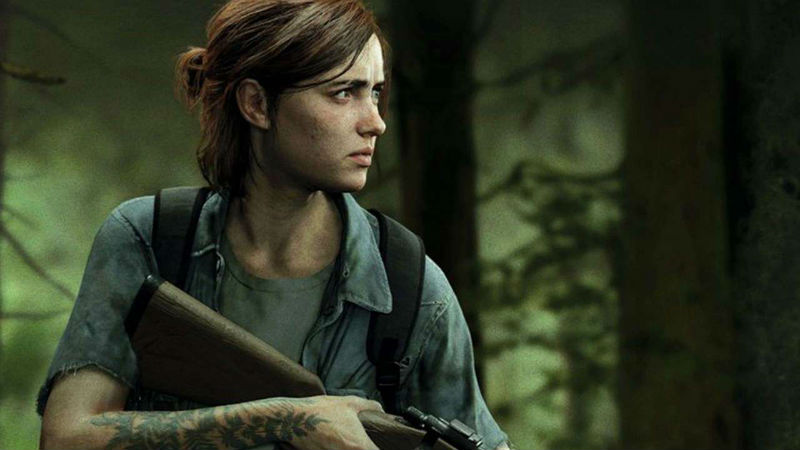 The Last of  Us Part II is a tragedy from start to finish; but that’s not because it’s a bad game, but because it’s sombre, visceral, provocative, and pulls on your heart strings when you least expect it. Much like its predecessor, this is not a game that’ll leave you feeling warm and fluffy inside, but rather leave you questioning who the real monsters of The Last of Us‘ post-apocalyptic world are.

The game revisits the unlikely intertwining fates of Joel and Ellie, but pits you primarily in Ellie’s shoes as she hunts down a mysterious group in order to find answers. If you played the first game, you’ll know what to expect. Exploring semi-open ended areas, fighting humans and infected creatures in stealth or full-blown combat, solving relatively simple puzzles, and more – but all with the narrative at the forefront of everything you do, whether it’s scouring for supplies or beating an infected’s head in with a pipe. Thankfully, every area is different and every scenario builds upon the lessons you learn earlier in the game, which keeps you engaged and thinking on-the-fly.

And that idea of keeping you on your toes is a testament to the dynamism of The Last of Us II‘s gameplay variety. Rather than repeating a loop for 20-odd hours, you’ll go from tense combat situations, to cinematic chase sequences, to slow story-driven set-pieces. There’s always something to mix up the pacing of the game, and it makes TLoU 2 feel more like a comprehensive gaming experience, with bits and pieces from Naughty Dog’s best attributes, rather than a straight action-survival game. And for those who played Naughty Dog’s previous release, Uncharted 4: A Thief’s End, some of the new tweaks will be immediately familiar.

It’s clear that Naughty Dog wanted to incorporate some of the new physics-based puzzles and rope mechanics that were prevalent in Nathan Drake’s final adventure, along with some of the presentation elements (such as Ellie having a notebook she can flip through, akin to Drake’s). This does make the game feel closer to Naughty Dog’s other award-winning franchise, but still manages to keep that ‘Last of Us grittiness’ intact.

While the character models and facial animations are the best in the business (at the time of release) and will immerse you more than a high-budget drama, the real star of the show are the environments. While the first game had impressively-detailed levels, the sequel ups the ante, with every nook and cranny in every abandoned building or overgrown city street littered with something to look at. The amount of care that went into the world-design can’t be understated, and it’s one of the biggest contributors to the experience from a player’s perspective. On the flip side of the brilliance, the funny thing about The Last of Us 2 is that it is so immaculately polished, that something just ‘good’ or average sticks out like a sore thumb. Some awkward animations during exploration, or slight texture pop-in on an environment asset is hard not to notice given how stellar everything looks. But, with that said, in a game so well put together, if the slightest of technical blemishes are its worst features, it says a lot about how good of an experience it actually is.

The Last of Us: Part II will be a no-brainer of a purchase for most PS4 owners; however, the nature of the game is a harder-sell for more casual fans. Even with its brutality and mature elements, The Last of Us Part II is a must-play for every gamer, and an opus to an already-revered story. It may not inject that initial Last of Us novelty magic we first felt when booting up the original game, but it carries the torch excellently to round out a brilliant and harrowing tale of survival.

The Last of Us Part II is available on PS4.