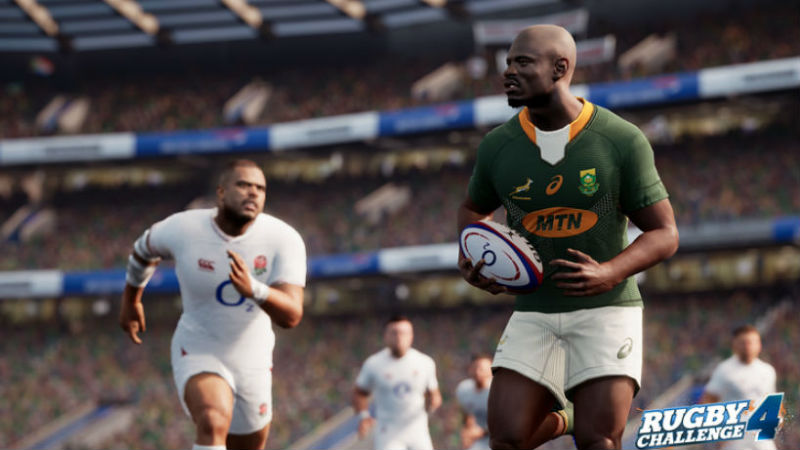 Much like crack to a crackhead, rugby gamers are itching for a dose of virtual rugby after being disappointed time and time again by recent releases. The much-hoped for Rugby 20 didn’t exactly live up to the promises, and while it did provide a bit of fun, it was a far cry from capturing the feeling of playing everyone’s favourite oval-shaped ball game.

The Rugby Challenge series has a had a bit of a different history, first impressing fans with higher-fidelity visuals than we had seen in the sub-genre, and some interesting gameplay innovations that benchmarks like the beloved Rugby 08 never dipped their toes into. However, the problem hasn’t been that the games are bad, but just that they’ve failed to evolve.

With all that said, hopes have been high for the latest entry. But, after getting some hands-on time with the Early Access of Rugby Challenge 4; one has to ask how much has actually changed. From a visual standpoint, the character models, stadiums, and finer details have undergone a noticeable improvement. Most players look like their real-life counterparts, and there’s been a slight adjustment to their proportions, so different positional sizes are noticeable from afar. However, when the game is in motion, there’s an immediate feeling of déjà vu that’ll have you squinting to try and find anything new.

In action, the game looks incredibly similar to Rugby Challenge 3, and it feels the same, for better and worse. Barring one or two new tackle animations, the same set of animations, gestures, and cut-scene snippets between plays have been utilised, making the game extremely familiar with a visual perspective. In terms of gameplay, at least 80-90% of the foundation set by Rugby Challenge 3 is intact and apparent from the get-go. People run, move, and change direction the same way as they did in RC3, passing feels similar, and tackling still has a magnetic element to it. However, on the plus side, it’s all a little more accurate albeit still quite clumsy and clunky overall. Passes are more realistic (you won’t see many of those 60 metre passes behind the backline to no one), kicking is far more accurate and intuitive, and the AI isn’t as responsive (which is for the better). For example, chipping over the AI actually poses a threat and can often be fairly regathered, rather than the AI always preemptively anticipating it and making those spontaneous and off-script moves rather pointless. While Rugby Challenge 4 does feel very much like a game I’ve already played, it did surprise me with some unexpected moments. The new set-play system is great, simple, and works well. Whereas something like Rugby 20 requires timed button-prompts which often don’t register (or the ridiculously quick rush defence prevents you from pulling off the moves), RC4 is similar to Rugby 08, where the set-moves are executed with a single-button press and/or aiming of a kick if it involves one. The great thing is that you can ‘take-over’ and pull out of those set-moves at any time, allowing you to set your backline up in preparation for one, but then just run the ball the way you want to. This does allow for some creativity and will definitely please those that like to experiment with the game’s grey areas a bit.

An existing problem which has plagued previous releases is the ability to slip through gaps and have that sense of euphoria that all rugby fans crave. The problem seems to be that the defender AI appears to ‘speed up’ to latch onto a close player, rather than attempting to close the gap realistically, which would ideally result in them grasping at air and your player dashing through it. You can obviously break tackles, but it’s still rare to slide through a gap untouched. Lessening this ‘magnetism’ of the defenders a little more and tightening up the collision detection (i.e. making tackle animations only commence when contact is actually made) would help create these moments. However, being in Early Access, it’s clear that a lot of gameplay features are still missing. The ability to move your fullback in and out of the attacking line (something present in RC3) is nowhere to be found, but some additional team strategy settings in the ‘Create a Team’ section assume that there will be more pod, attacking, and defensive variations in the final release. Time will tell.

So, should you buy into Rugby Challenge 4 in its current state? It’s a double-edged sword. On one hand, you can help the developers with their endeavour to create a better iteration of RC4 (or perhaps even a better follow-up), but it may also not satisfy that digital rugby itch right now. Therefore, if you’re willing to endure some performance issues and bugs to help with the final release of this rough-around-the-edges rugby title, it’s worth exploring. Otherwise, if you’re a casual player, don’t own Rugby Challenge 3, and are simply curious, perhaps wait until the final version when it hits store shelves later this year.

*MenStuff was not supplied any copy of Rugby Challenge 4, and the game was purchased on our own accord. Are you excited for the full release of Rugby Challenge 4? Let us know by tweeting @MenStuffZA, posting on our Facebook page, or commenting below.