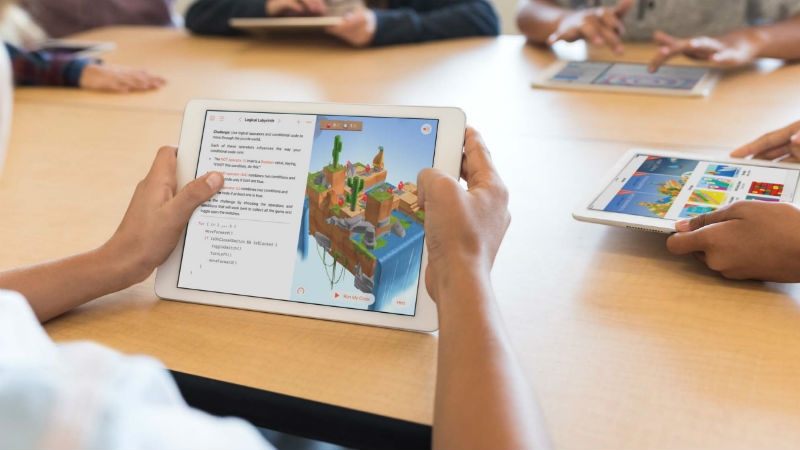 When looking at the price of the new iPhone X or iMac, it’s easy to understand why many think Apple has a penchant for high-margin products. However, it’s interesting to note that, way back when, the original Macs were aimed to be affordable and aimed more toward schools and educational applications.

In a bid to return to that direction, Apple will be releasing a low-cost iPad specifically aimed at schools, students, and teachers. Mac software provides a lot of potential educational value, but the hardware has become prohibitively expensive to the point where Google and Microsoft dominate in the educational arena. At an event in Chicago, Apple showcased their new tablet and software in a classroom-like setup. Among the tech shown off was Apple’s new Classroom app, which gives teachers the ability to coordinate activities between multiple devices; along with the iTunes U app that allows teachers to post lessons, assignments, and marks online.

Apple is working on expanding the utility of existing education-centred software, as well as creating new software to add to its offerings.

A study by FutureSource Consulting revealed that devices running Google software held close to 60% of the market for tablets used from nursery schools to high schools in the States – a number that Apple is going to look to decrease significantly with their cheaper iPads.

In terms of tech, the lower cost iPad still has a 9.7-in screen, the same cameras, touch ID sensor – but it’s added Apple Pencil support as well as moving up to the A10 processor chipset. The majority of the features are familiar from other iPad models, so the technology isn’t really the emphasis here – the strategy to appeal more to the educational market is.

Its retail price is around $299 (around R3,600) stateside, and we’ll need to wait a while to get precise pricing info for the South African market, but this attempt by Apple to get their products into a broader range of environments is a good shift, albeit slightly late.

Want to shop iPads? Hit the button below to find an iPad that fits your budget!

And if you want to check out some more deals and sales on handy tech and gadgets, check out what PriceCheck has to offer!