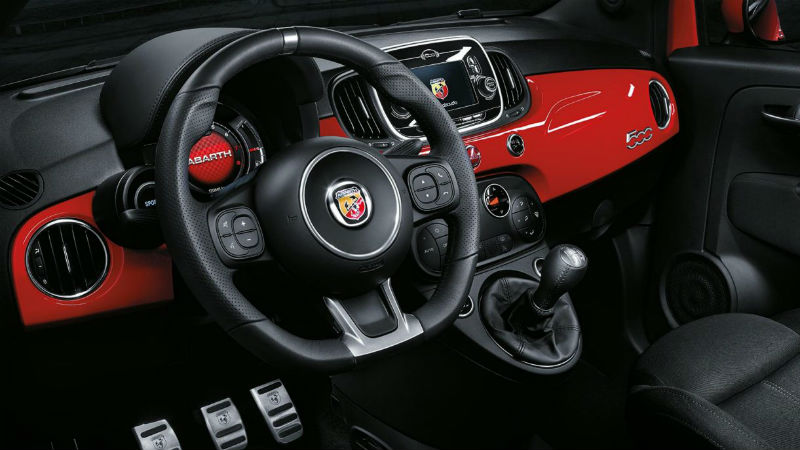 Which cars on SA’s roads steal the show with their looks?

A man’s choice of car is affected by many factors, ranging from cost and practicality, all the way to power and visual appeal. Buying a car purely on statistics and numbers can be performed by any logical person, but to the man looking for a car that conveys a certain sense of style and allowing him to stand out from the crowd can be considered a lot more difficult.

Style remains a subjective topic, but there can be little denying that the following list of cars proves that there is something in every budget for the man looking to stand out. While it may be lacking the practicality of its competitors, the little Abarth sure makes up for it in flair. Not to be confused with a standard Fiat 500, this Abarth kicks out a hefty 143hp along with performance underpinnings to put that power on the road. For those looking for a stylish Italian number but aren’t put off by its small size, the Abarth is a capable machine and stylish alternative to the likes of the Mini Cooper S or Fiesta ST. The niche market of small SUVs has exploded in the last 3 years. The premium segment is mostly filled with expensive German offerings from the likes of Audi, BMW and Porsche, but out of the blue, VW launched the new Tiguan which, in R Line spec, has the looks to take on its bigger German brothers and proves that you can have a premium looking SUV for a fraction of the price of a BMW X3. While the high-performance QV model is the connoisseur’s dream, the 2.0T is by no means a slouch. You still get to have the drooling Italian styling matched with a sensible 197hp fed through the rear wheels. and due to it selling in dismal numbers available, you have a high chance of being the only person in the office block driving one. This car is perfect for the man who refuses to conform to the likes of the BMW 3 series, Merc C–class and Audi A4 which populate the streets around the country. While most premium SUVs are considered impressive due to their sheer size and ‘look at me’ styling, few of them can actually be considered beautiful. However, with Sweden’s latest offering, the XC90, bulbous proportions and aggressive lines are traded for a sleek and minimalist approach, making the Volvo a beautifully understated machine inside and out. In a segment filled with shouty offerings, the XC90 is the quiet gentleman among the noisy bunch and ideal for the man who follows the same philosophy. The days of retro and wood have been traded for bold and aluminium in Jag’s current line-up of cars — and nowhere is this made clearer than in the F-Type. Available in V8, V6 and brand new 4-pot, the Jag is a modern classic with the looks and the noise to stand its ground between the likes of Porsches, Astons and Maseratis at a far more reasonable price for the class. If you fancy yourself as a true Bond villain set on taking over the world, the Jaguar F-Type is your weapon of choice. And if you need something to do the school run with in between, the SUV sized F-Pace is a perfect companion, taking a lot of its design cues from the F-Type.

Which car on SA’s roads do you think is the most stylish? Let us know by tweeting @MenStuffZA and commenting below.

Vespa Goes Green with The Elettrica in 2018