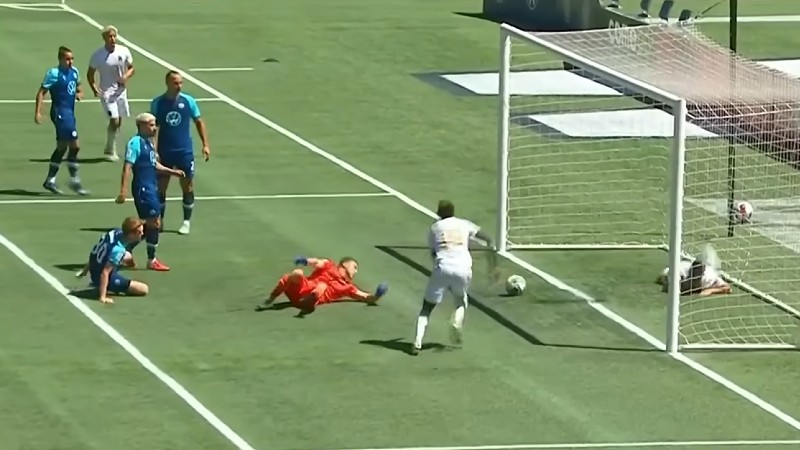 The Canadian Premier League produced one of the most bizarre and bewildering moments this past weekend, with arguably the worst missed shot of all time taking place in the match between Valour FC and HFX Wanderers FC.

In a truly mind-blowing moment, Valor FC was about to score when Alessandro Riggi’s shot was about to trickle over the line with no one to stop it, but Riggi’s teammate, William Akio, dashed towards the ball and smashed it completely away from the goal.

Now, perhaps it was a brain-explosion and Riggi trying to prevent his teammate from scoring, or he was attempting to secure the goal by drilling it into the back of the net. Either way, it’s probably the worst miss of all time given that the ball was basically in the goal already.

WATCH: Incredible Sidestepping from U20 Springbok Star Ends in Try