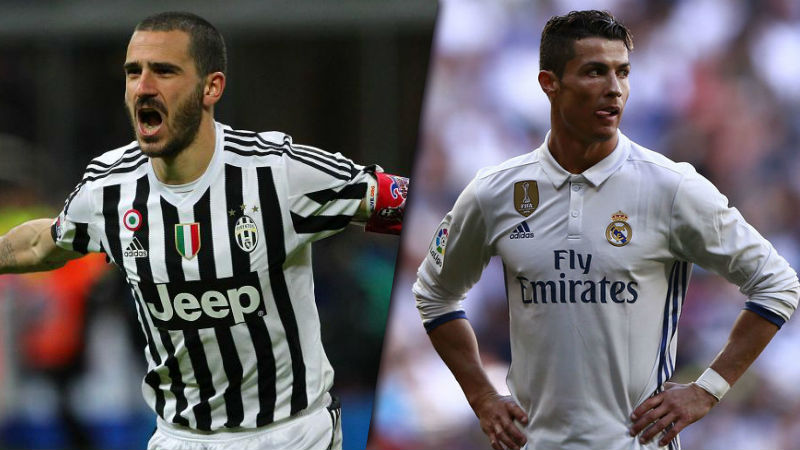 For the third time in five years Real Madrid’s talented line-up have made their way into the Champions League final. Ex-player and current manager Zinedine Zidane has managed to keep his squad playing a dynamic, attacking style of football that relies not only on their talisman; Cristiano Ronaldo, but incorporates the abundance of attacking talent at his disposal.

That attack, however, is going to need to break through one of the most accomplished defenses that the European game has recently seen. Real’s opponents, Juventus have all three of the Italian national team’s center backs lined up in their defense, and they’ll have the formidable task of keeping Ronaldo and his team mates from warming Gianluigi Buffon’s gloves too often. Real Madrid have the opportunity to become the first team in the modern era to defend the Champions League title, but Juventus’ steady development into an elite team means they’ll make worthy opponents.

The previous two finals Real played in were both against derby rivals Atletico Madrid, and while Atletico have been an impressive side in recent seasons, Juventus is a cut above most other European clubs right now. We’re going to break down the teams and have a look at which side seems most likely to take home the trophy, the resilient Italian champions or the free-scoring Spaniards?

Zidane will have one of his tougher tests in European competition when he faces off against Massimiliano Allegri’s Juventus. The experienced Italian has won Serie A in each of his three seasons in charge of the Bianconeri and took them to the final of the Champions League in the 2014/2015 against FC Barcelona, the two managers are definitely equally matched in terms of experience and pedigree. Zidane doesn’t have a habit of losing big matches, but Allegri’s tactical experience may give him an edge. We’ll have a look at how the two squads match up against one another below.

In terms of quality the Juventus and Real Madrid attacks are bordering on equal, bar the exploits and unnerving consistency of one individual: Cristiano Ronaldo. Real Madrid have a solid set of forwards; Morata, Bale, Benzema and Isco are all capable players in their own right, but Ronaldo is head and shoulders above them from a scoring and conversion perspective.

Although his influence on games has been condensed to scoring goals exclusively and not contributing to build up all that much, his exceptional ability to convert chances at a much higher ratio than all his peers is his hallmark attribute. Can he cope with the attentions of three of the best center backs currently playing? He’s one of the few players that probably could. Juventus have a well-balanced set of attackers, an opportunistic poacher in Higuain, a bit of a dribbling playmaker and finisher in Paulo Dybala, and finally the target-man qualities of Mario Mandzukic. Their forwards threaten in multiple ways, on the counter attack, from set pieces, utilizing build up play – their strengths lie in the versatility of the threats they offer. Real Madrid’s defence will need to excel in all areas of the pitch and from multiple angles of play to keep all the Juventus forwards quiet, but they do lack a truly gifted player that can affect the game on his own, their attack often relies on good synergy from their whole front line. Real Madrid, on paper at least, seem the more comfortable scorers.

The two teams are slightly mismatched in this regard, as Juventus has a tad more energy about their midfield while Real exhibit better control and distribution of possession. Juve’s Marchisio, Khedira and Pjanic are all tireless workers, balanced in most respects, and all fulfilling similar functions but with specific talent in one or two regards. Pjanic is slightly better in attack, while Khedira sweeps up any concerning attacks in front of his defense. While none of them are necessarily the most elite in their position they’re a compact and well-drilled unit who are equally competent assisting the defense as well as the attack, somewhat of a “jack-of-all-trades” set of midfielders who may be able to outwork the Madrid midfield.

Real Madrid’s midfield is different in that each of the most frequently played members are quite specialised; Modric is the energetic playmaker, Kroos the calm defensive midfielder that dictates the pace of their play, while Casemiro is the tireless tackler that chases down and breaks up opposition attacks.

Their slight weakness is in the fact that physically they aren’t the best, and Juventus may be able to outmuscle the more diminutive Modric or pressure the slower Toni Kroos. Casemiro at his best is incredibly effective at breaking up opposing play, but if he’s left covering too many open spaces he becomes prone to making mistakes and getting booked.

If Juventus manage to track and press the Madrid midfield in a disciplined fashion they could lock them out of controlling possession as comfortably as they normally do. The edge may be slightly in Madrid’s favor purely because of the vast experience both Modric and Kroos have in keeping possession and only releasing it when their forwards have opportunities to get through on goal.

Like gifted Brazilian and Argentinian #10’s, crafty Spanish midfielders and left-footed Dutch forwards, Italian players have their signature centre-back position too. In the modern era the likes of Cannavaro, Maldini, and Nesta have been joined by Juventus’ current back three of Barzagli, Chiellini, and Bonucci as celebrated defenders.

Just as so many that have come before them, when they’re on song they form an impenetrable wall in front of Buffon’s goal. Juventus have the edge from a defensive perspective, their oft-used 3-4-3 formation means they’ll have five men at the back when the opposition has possession, which is incredibly difficult to break down. Part of that five is likely to be ex-Barcelona full back Dani Alves, who has a wealth of experience not only in European competition, but also at shutting down Real Madrid Attacks.

Madrid have their own formidable central defenders in captain Sergio Ramos and the athletic Varane, but their quality and consistency doesn’t quite match that of their counterparts. Marcelo at left back also tends to do more attacking than defending, and while he gets goals and assists quite often for a defender it would be unwise for him to leave Sergio Ramos exposed against the Juventus attack. Bonucci / Chiellini vs. Ronaldo: Ronaldo’s ability to convert chances into goals is still as razor sharp as it’s always been during his time at Madrid. Whether he’s shooting from outside the box, pouncing on a goal-mouth scramble or heading from corners and free kicks, he’ll threaten the Juventus goal permanently. The center backs may need to double mark him or try and keep him isolated in less dangerous spaces as letting him slip through even once might be enough to put them behind.

Pjanic / Khedira vs. Toni Kroos: Kroos is the player that controls Real Madrid’s  tempo, his vision and reading of the game usually results in his passes being directed at the areas of attack where his forwards can do the most damage, preventing him from enjoying space and time to find those forwards will be crucial for Juventus to avoid having Buffon tested too often.

Sandro / Alves vs. Marcelo / Carvajal: Because Jvuentus generally play with three central defenders and two wing backs they can play with a lot of width and pace on the wings, something Dani Alves did to great success during his time at Barcelona. Madrid will need to track their attacking runs or risk having their box overloaded with forwards while the wing backs feed in crosses.

In finals such as these the two teams are often equally matched in many respects, small margins tend to decide these matches, whether they be inspired moments of brilliance from talismans like Ronaldo, or rare errors from defenders or goalkeepers.

Juventus have gradually been climbing their way back to the top of European football and have now appeared in two Champions League finals in three seasons. Their squad is a talented and well-oiled unit, while Real Madrid can call on better individual players and one of Europe’s most prolific forwards.

As a collective Juventus have been indomitable throughout the competition, seemingly more comfortable than Real up until now and consistently fielding their strongest side. On paper their solidity across the pitch will be their greatest asset – so long as that famous Italian defense doesn’t crack they have a real chance to breach Madrid’s back line and smother the game from thereon out. Junior Boks Score a Try of the Year Contender [Video]

Here’s the New Springbok Jersey for 2017