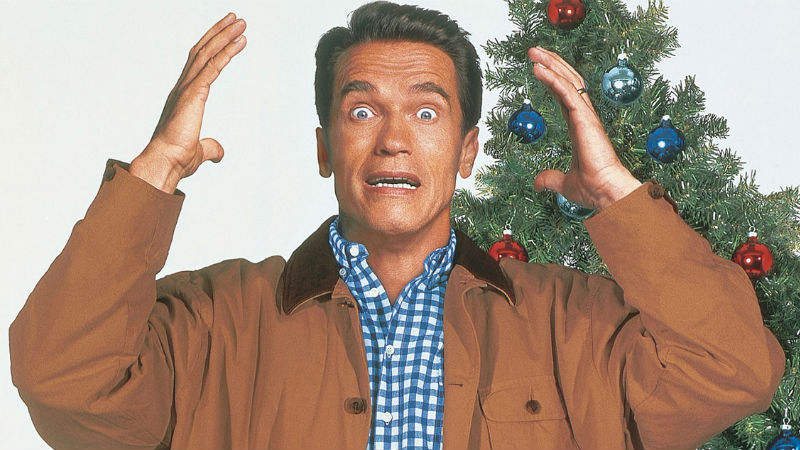 Which alternative holiday movies should you check out to get you into the Christmas spirit?

It’s about that time of the year again, the Christmas decorations have hit the malls and work places are busy frantically trying to get everything urgent done before everyone checks out for the festive season. We’re going to count down the top 5 movies that’ll get you into the Christmas spirit, despite not being very Christmassy.

Those that lean more towards the Grinch-end of the scale rather than the Saint Nick side will find this dark comedy hilarious. Billy Bob Thornton, back when his grouchy demeanour still carried comedy clout, is a mall Santa that moonlights as a thief. Some people aren’t too excited by all the forced festive cheer that descends on us whenever December rolls around, and for those people will find that this outrageous and often offensive comedy provides a good counterbalance to the overdose of yuletide happiness. Fair warning, though, this isn’t exactly the movie you sit down to watch with the younger siblings and grandparents, unless you want looks of shock and disgust aimed your way.

As a kid it’s often a fantasy to be left alone in the house, with nobody telling you what to do or what not to do. For everyone that wants to get back in touch with that little kid’s fantasy, Home Alone is a fantastic movie that follows Kevin McAllister as he’s deserted at home as his family leaves for vacation – and he gets to enjoy the blissful independence of junk food and rude movies to his heart’s content. Of course, it wouldn’t be a comedy caper without a wrench in the works, which comes in the form of two joyfully inept burglars that meet their match in young McAllister and his now-iconic Dennis the Menace-type antics.

The Nightmare Before Christmas

For the Tim Burton fans out there, this macabre but heartwarming Christmas tale is possibly one of the quirky director’s best films. Jack Skellington, a lanky and upbeat inhabitant of Halloweentown, becomes bored with his morose routine of scaring people in the real world when he stumbles on Christmastown, and sees all the warm and joyous moments to be enjoyed during the festive season and Christmas. He gets the bright idea to kidnap Santa Claus and usurp his role to bring that same joy to Halloweentown – but as fate would have it, his supposedly well-thought out plan encounters every kind of obstacle imaginable and he has to try desperately to fix the situation that begins spiralling out of control.

While technically not a Christmas-themed movie, the backdrop for this action classic does indeed feature an employee Christmas party in an LA high-rise as the catalyst for its suspenseful, action-driven plot. It’s the now infamous John McClane’s film debut, and after his wife is one of many hostages taken by a terrorist group at this party, it’s up to him, a pistol, and his unfortunate fear of heights to thwart the plot of the bad guys and save the day. This launched a now well-worn franchise, but for those who want to see an archetypal example of 90s action glory, Die Hard should be the first port of call.

Jingle All the Way

Okay – so maybe this isn’t one of the ‘best’ Christmas movies, per se. In fact, a better description is probably that it’s in that realm of so-bad-it’s-good-but-still-mostly-bad 90s movies that really only worked for the period. This is from an era when Arnold Schwarzenegger was sold to us as a relatable family man (because a 6’2’’ Mr Olympia with a heavy Austrian accent is extremely common), and he has to hunt down the most sought after action figure before the 25th or risk ruining his son’s Christmas and being labeled an irredeemably distracted father. Wry social commentary on the dangers of excessive consumer culture or just a 90 minute stretch of 90s cheese? We’ll let you decide!

Whether you’re for action, family fun, or dark comedy there’s something on this list for everyone – so if you’re going to snuggle up to a loved one in front of a movie this holiday season give our picks a shot!