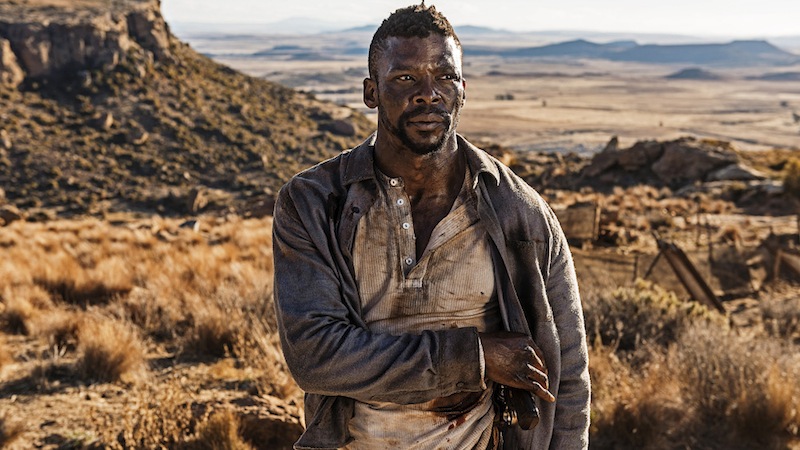 Is South Africa’s spirited action-revenge story one to watch?

Most genres in modern cinema enjoy their periods in the limelight, and after having been sufficiently mined, they recede into the background to make way for other ‘trendier’ film types to take their place. The Western genre is one of those, having enjoyed it’s heyday many moons ago.

But, as the saying goes, everything old is new again. While Westerns generally play out in the sprawling wildernesses of North America, Five Fingers for Marseilles brings the Western mythology to South Africa’s equally well-suited plains and veld. The story’s structure follows familiar lines to conventional Western beats, but it features characters and settings that are unmistakably South African, starting with the languages (Xhosa, Sotho, and Afrikaans all appear), extending to the the talented local cast, and ending with the beautifully shot environments.

We follow a classic hero’s journey for the protagonist, Tau, both as a boy and as a man, who tries to rid his town of police tyranny along with his childhood friends in the Five Fingers gang. He makes a choice as a young boy, during the extended prologue, that has enduring repercussions both for himself and the entire small town of Railway outside the larger town of Marseilles, all of whom would face a brutal reckoning later in life as a result. Having managed to free his town once as a boy, he returns later finds that another tyrant has taken hold – and in classic Western fashion, he and a band of allies have to deliver justice to Railway once again. Every protagonist needs a nemesis – and Vuyo Dabula’s Tau finds his in Hamilton Dlamini’s ‘Ghost’, with both actors delivering fantastic performances; Dlamini’s villain a particularly sinister and compelling one at that. The entire cast services the gripping and often heartwarming story brilliantly, giving perceptible depth to popular character archetypes. While Tau is quite clearly the main character, the ensemble does an incredibly good job of playing out the story’s elements of drama, revenge, and classic Western action.

Although the narrative of Westerns isn’t particularly complex, and became well-worn during the height of the genre’s popularity, having it set in South Africa breathes fresh life into familiar ground. It cleverly and subtly invokes political and social themes associated both with South Africa’s Apartheid era, as well as venturing into the post-1994 period when Tau returns to his hometown. South Africa’s backdrop juxtaposed with a Western’s narrative themes may seem an odd combination, but they’re skilfully incorporated and complement each other surprisingly well.

As we’re caught in the era of the blockbuster, where most movies are first and foremost CGI spectacles where story and character may be afterthoughts, it’s enjoyable to see a movie where each element is designed to serve its neat and engaging story. The awards that Five Fingers for Marseille is busy scooping up are well-deserved, with international audiences appreciating the craft it exhibits, but it will hold a certain charm and familiarity for South African audiences who will likely feel closer to what unfolds on screen.

Check out the trailer: