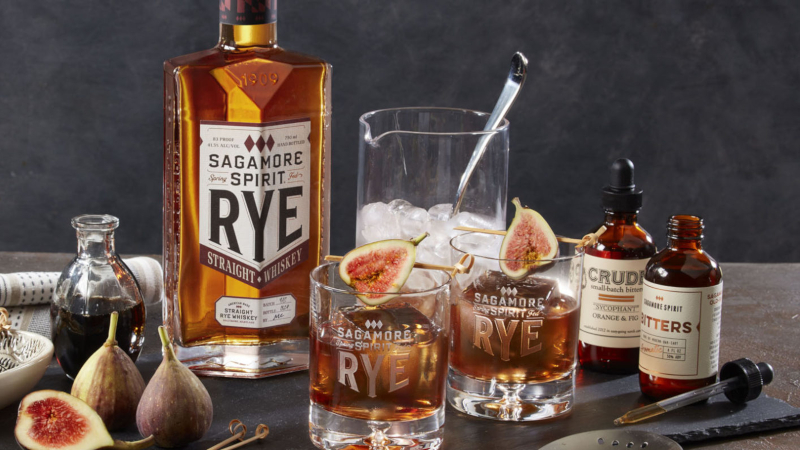 Celebrity chef, radio and television personality, Jenny Morris – the Giggling Gourmet – and renowned Mmisology the Mixologist, believes the versatility of U.S. distilled spirits can shine during the holiday season, whether in seasonal cocktails or enhancing celebratory meals.

At a virtual tasting and food pairing hosted this week by the Distilled Spirits Council of the United States (DISCUS), as part of its “Cheers! Spirits from the U.S.A” campaign; Jenny and Mmiso showcased a selection of American distilled spirits including America’s native spirit – Bourbon, and shared tips on how to integrate them into festive seasonal entertaining.

As one of South Africa’s current favourite spirits, gin is a great drink for summer celebrations and James Bay’s Lochside Summer Gin No 5 is an award-winning citrus-forward gin perfect for light summer cocktails.

Mmiso suggests serving a classic Gin Sour or Gimlet as a welcome drink or apéritif.  “It’s light and fresh, and cleanses the palate,” he says. “People are also loving simple gin with elderflower tonic this summer.”

Jenny adds that gin pairs well with fresh seafood such as langoustines and mussels and can even be added to the poaching water providing a new dimension to steamed seafood.

Nothing says summer holidays like rum-based tropical cocktails, and Whistling Andy Hibiscus Coconut Rum takes the island flavours a step further with an infusion of real hibiscus flowers and coconut. Experimenting with exciting new distilled spirit flavours can add a whole new dimension to meals and drinks, say the experts.

“This could work well in a citrus and coconut sauce with chicken,” says Jenny.

Mmiso says: “In a cocktail, it would be great in a coconut daiquiri with fresh pineapple.”

“American Rye Whiskey could pair well with peppered chicken, lamb or steak – thanks to its spiciness,” says Jenny.

“In cocktails, it would work with ingredients like fresh apple juice, ginger and bitters,” says Mmiso.

While delicious neat, Flag Hill’s Sugar Maple Liqueur, distilled from fresh apples and maple syrup, could also be used to flambe and drizzle over fresh nectarines, topped with mascarpone, for a simple yet showstopping dessert, says Jenny.  Using a uniquely flavoured spirit such as Sugar Maple Liqueur also presents opportunities to give a fresh twist to classic cocktails like the Old Fashioned or to SA’s old favourite Dom Pedro with milk and ice cream, says Mmiso.

Bourbon, made of at least 51% corn, is typically a bit sweeter than other American Whiskeys. Mmiso says Bourbon is increasingly popular in cocktails, and pairs well with hearty red meat-based meals such as steaks, roasts and braais.

Place the biscuit crumbs and nuts into the bowl of a food processor. Place the Bourbon, almond essence, icing sugar, cocoa powder and honey into a bowl and stir together until smooth.

Spoon the Bourbon mixture into the biscuit mixture and pulse until just combined. Spoon the mixture into a bowl and gather it into a ball. Let it rest at room temperature for 60 minutes. Divide the mixture into balls and roll them in chocolate vermicelli, making sure they are covered evenly.

About the Distilled Spirits Council of the United States

DISCUS’ Cheers! Spirits from the U.S.A. campaign, supported by the U.S. Department of Agriculture’s Market Access Program (MAP) & Agricultural Trade Promotion (ATP) program, aims to educate the hospitality industry, adult consumers and media in key spirits export markets on the taste, heritage, and style of American distilled spirits. DISCUS’ initiatives focus on the range of American spirits, but with a particular focus on the unique qualities of American Whiskeys, including Bourbon, Tennessee Whiskey, American Rye Whiskey, and American Single Malt Whiskey, which account for most U.S. spirits exports worldwide.

For more information about the Distilled Spirits Council of the U.S. visit www.distilledspirits.org.

The Distilled Spirits Council of the United States, Inc., prohibits discrimination in its programs on the basis of race, religion, national origin, age, gender, disability, or other protected status.

The U.S. distilled spirits industry is committed to social responsibility. For those adults who choose to drink, they should do so in moderation and responsibly at all times.

MenStuff.co.za is about bringing men’s lifestyle features and news for the every man’s man. Sport, movies, games, culture and anything else that can grow hair on its chest. You won’t find cringe-worthy stereotypical testosterone-fueled “tips” here. MenStuff is all about catering for the real man of the 21st century – enjoying the fun things in life while also having a laugh and some banter with the lads.

Cheers to the weekend! 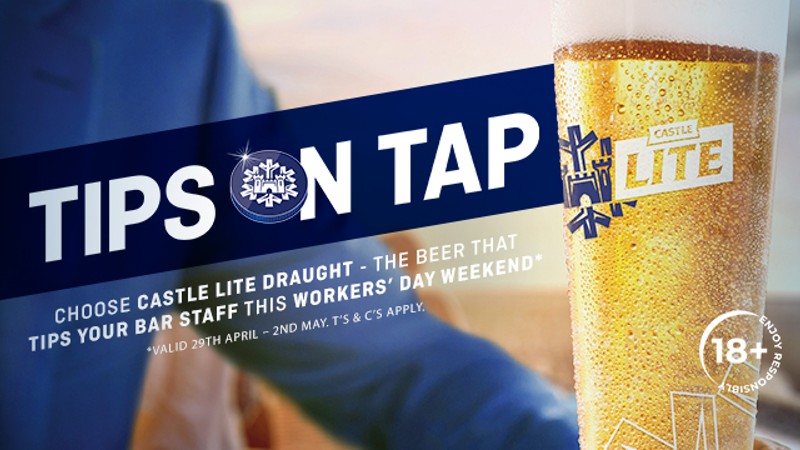 If you’re planning on sinking some beers this Workers’ Day weekend (responsibly, of course), there’s some good news: you can enjoy your favourite golden nectar while also giving back to a worthy cause: the people who’ll be working to make everyone’s day: SA’s bar staff.

SAB has launched the Tips on Tap campaign, which will see SAB tip the bar staff R5 for every 500ml Castle Lite draught purchased at participating venues.

The campaign is running from Friday 29 April to Monday 2 May, and you can find the closest participating venue here, or check out the full list here.

With so many coffee styles and choices out there, how do you know which one is right for you? 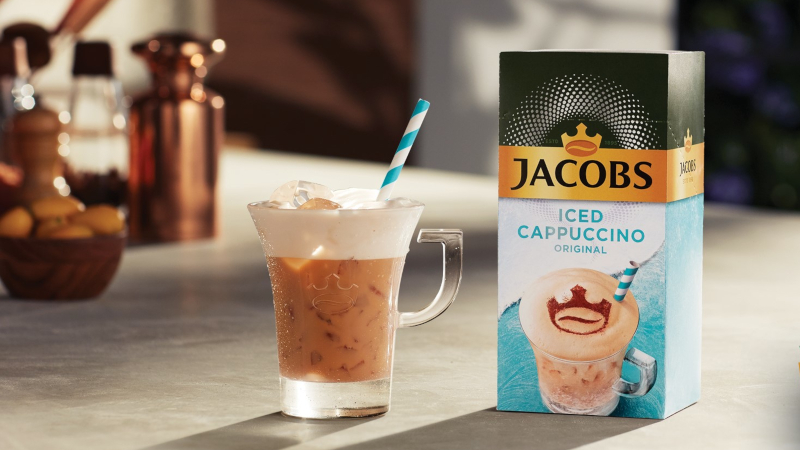 Any coffee lover will tell you that the much-loved brew is so much more than just a drink; it’s personal. Whether it’s soaking up that morning coffee ritual or getting a boost in-between meetings, coffee is interwoven into our daily lives and everyone has their preferences that suit their individual tastes and lifestyle.

But with so many coffee styles and choices out there, how do you know which one is right for you? Here are our picks for 6 must-try coffee products from the Jacobs Coffee range. Whether you’re a capsule queen or a bean-to-cup gal, there’s something on this list for you!

Jacobs Coffee provides coffee lovers with a variety of offers under its stable and has built up a reputation amongst coffee connoisseurs as a quality product with a premium taste. The brand is known throughout the world as a name consumers can trust.

Founded by Johann Jacobs in Bremen Germany in 1895, he understood the power of a coffee’s aroma, and its ability to awaken the spirit. Mr Jacobs knew that when it came to brewing the perfect cup of coffee, the aroma was as important as any other aspect of the coffee experience. He believed it was the key to unlocking the magic of coffee, and it was his ultimate goal to bring this to the people. This goal remains at the heart of the Jacobs brand, and the promise to its consumers.

The Jacobs range has grown over time, and now includes:

Due to the comprehensive range of Jacobs Coffee, today Jacobs is known as a leading coffee brand, and is identified by its enticing aroma.

*Trademark of a third party not related to Jacobs Douwe Egberts ZA (Pty) Ltd. For a full list of compatible machines see www.jacobscoffee.co.za.

Okja goes mini with their latest range of milk options. 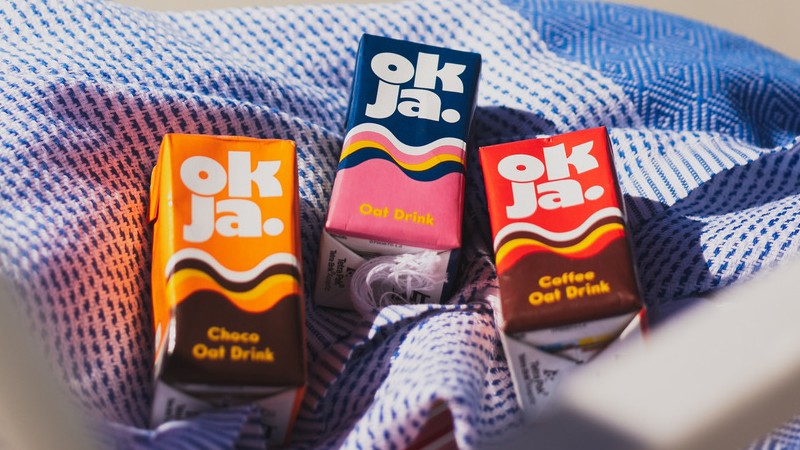 Okja, which has been making a name for itself in South Africa’s milk and alternative milk scene, has launched some new products in its line to make indulging in it a little easier.

The brand has launched its 200ml versions of its Oat M*lk, Choco and Coffee variants, giving you an on-the-go option to grab and enjoy. The 200ml editions are available at Wellness Warehouse, Spar and Takealot. They retail at R19.99 for one or R350 for a box of 24 (only on Takealot).

In addition, the 200ml boxes are compostable, along with a biodegradable straw and sleeve which means no deteriorating plastic and soggy straws.

So, if you’re looking for a smaller option to top up your coffee, or want a refreshing treat in itself, these 200ml boxes could be the perfect option.

You can check out more on Okja on their official website. 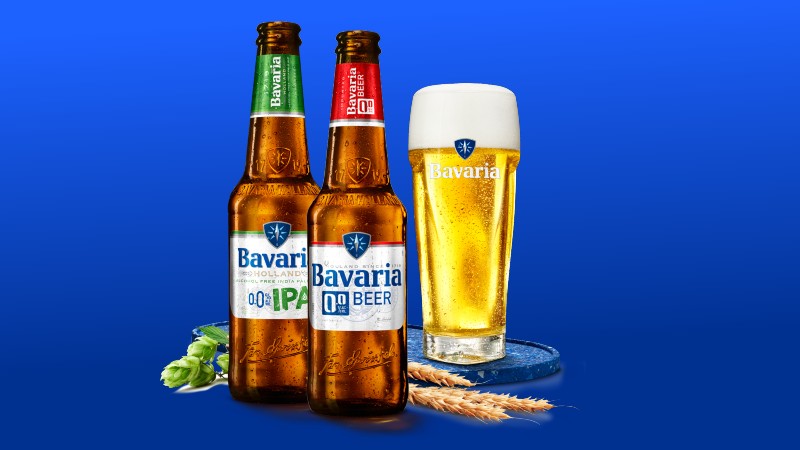 Bavaria Beer is celebrating ‘Sober January’ with the launch of two new products,  Bavaria 0.0% Beer and Bavaria 0.0% IPA, which were recently unveiled in South Africa.

‘Sober or Dry January’ has become a popular tradition that sees many giving up alcohol in the first month of the new year. For some, it’s a New Year’s resolution to drink less, while others find it is a way to detox from the excessive drinking and eating that are common during the festive season. Non-alcoholic beverages have become integral to Sober January as a drink of choice for unwinding at home or socialising responsibly.

The new products will be available at major outlets, the Bavaria 0.0 Beer RSP is R84,99  & the IPA RSP is R94,99. Both the 0.0 Beer and IPA have won many awards, including awards in the Dutch Beer Awards.

“We’re thrilled by these two new products that will spearhead our range of 0.0% beers with innovation set for the future. Linked to our brewing expertise, we want to be seen as innovators in the non-alcoholic beer category. We look forward to seeing these quality products soar in the South African Beer Category, and South Africa enjoying non-alcoholic beverages during festive times as well as more mindful times, such as Sober January and during lockdowns,”concludes Oliver Wills, Marketing Lead for Africa, Swinkels.

Stand the chance to take home 5 bottles of spirits from the Pernod Ricard festive gifting range! 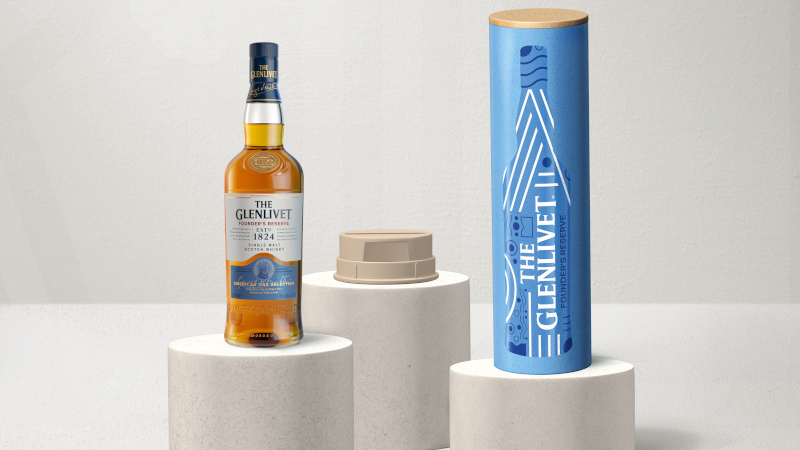 One of the best things about the festive season is giving and receiving. Thanks to Pernod Ricard’s 2021 Phakamisa iSpirit (lift the spirit) festive season campaign, South Africans can do both simply by buying and enjoying one of their favourite spirits brands. Creating conviviality and bringing good times to South Africans has been at the heart of what Pernod Ricard has been doing for years and, this festive season, they plan to do even more of that while making a real impact in local communities.

Pernod Ricard has invested R38 million into this campaign, a campaign focused on uplifting the local economy and supporting employment opportunities in South Africa, whilst also incentivising consumers when they buy participating brands in store. Inspired by some of the country’s local makers, three locally-made gifts — a citrus juicer, ice tray, or sound amplifier — have been sourced to accompany some of Pernod Ricard’s most well-loved brands in participating outlets this festive season.

Part of the proceeds from every bottle sold will go towards supporting these local makers who inspired these gifts by providing them with SETA-accredited courses covering business management, manufacturing, technology, and accounting, as most artisans do not have formal training. They will also be provided with the resources they need to grow their businesses.

To learn more about the campaign and how you can support, click here.

In support of its Phakamisa iSpirit campaign, Pernod Ricard and MenStuff are offering you the chance to take home five bottles of spirits from its festive gifting range.

To enter, simply email your name and contact details to competitions@menstuff.co.za – don’t forget to include the subject line “Pernod Ricard Festive giveaway” in your email, and in your mail, let us know which drink you’re most looking forward to trying.

The prize includes a Beefeater London Dry gin 750ml, Jameson Select Reserve Irish whiskey, Ballantine’s Finest Blended Scotch whisky 750ml, The Glenlivet Founder’s Reserve Single Malt Scotch whisky 750ml and the Chivas 12 Year Old Blended Scotch Whisky 750ml bottle. Each bottle is packaged with a bespoke gift inspired by some of the most talented South African wood and lifestyle makers. To learn more about the campaign and how you can support, click here.

One entry per person, please. Competition ends on 15 December 2021 at midnight.

Remember to also tweet us at @MenStuffZA or tag us on Facebook with @MenStuffZA to letting us know that you’ve entered!