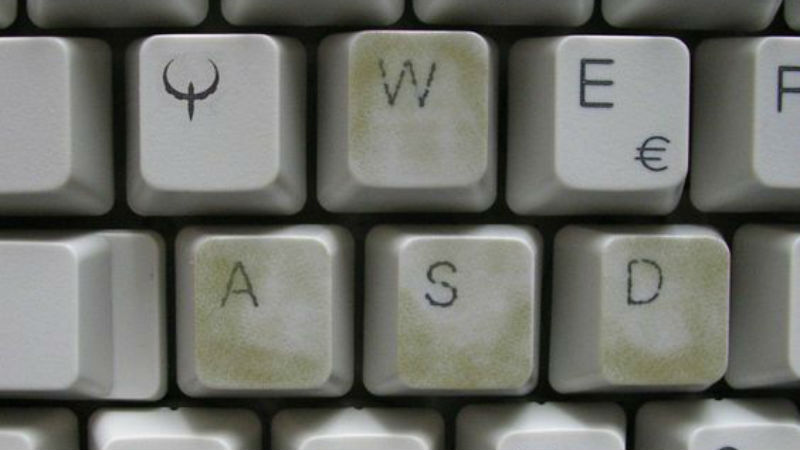 A good question, and it goes back all the way into the dark ages of 1997. According to PC Gamer, pro gamer Dennis “Thresh” Fong, the man who won John Carmack’s Ferrari 328 in a Quake tournament back in ’97, is said to be one of the reasons for the WASD popularity, but he didn’t come up with it.

“I’m certainly not going to take credit for the creation of [WASD],” said Fong. “I stumbled across it. I’m sure other people started using it as well just based on what was comfortable for them. I definitely think I helped popularise it with a certain set of gamers, particularly the ones that played first person shooters”.

But where did Fong spot it? Well, the evidence can be found on an old bulletin board system. In one thread from 1997, a poster recommends using Q and E to strafe and A and D to turn. Another suggests using the keypad for movement, and someone else says they use A, Shift, Z, X. It wasn’t the case that everyone simply gravitated to the ‘obvious’ choice of WASD or ESDF, and in another thread, we see how Fong’s performance in the Quake tournament spread his style. His play was so impressive, the poster looking for his config speculates that it was impossible for him to turn so fast with a mouse.

Quake programmer John Carmack, took note. “Even when I was hanging out with Carmack, wherever, at E3, random people would come up and he would hear them asking me what my configuration was,” said Fong. “So he ended up building a Thresh stock config into Quake 2.”

And the rest was history. Quake 2 helped create a uniform layout for PC gamers, and the release of Half-Life in 1998 (which used the WASD scheme as a default) made it the status quo.

Do you use WASD or prefer something different? Let us know by tweeting@MenStuffZA and commenting below.

5 Most Anticipated Games of July 2016

5 Upcoming Games to Keep on Your Radar

5 Most Anticipated Games of July 2016