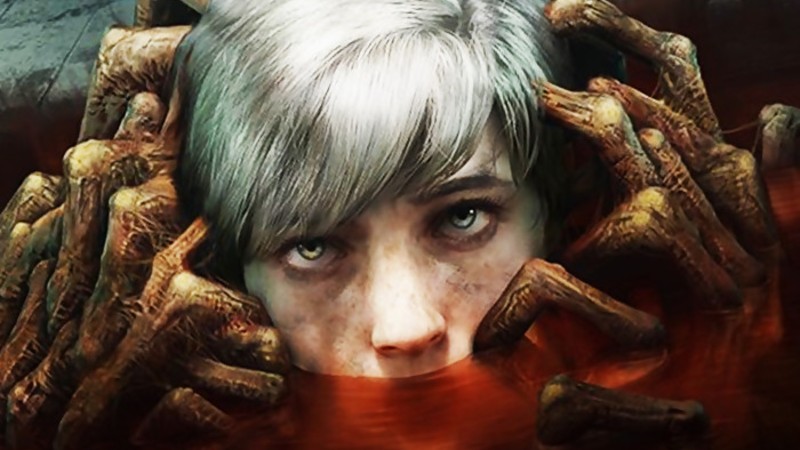 Does the Xbox’s big new exclusive deliver the goosebumps?

Fans of Silent Hill will want to take note of The Medium, which is a new third-person psychological horror game that has arrived on the Xbox Series X/S and PC. The Medium comes from Polish developer Bloober Team, and  tells the story of Marianne, a medium who has the ability to move between the real and spirit realms, and dealing with the horrors that await on either side.

Down the rabbit hole

The plot revolves around Marianne being drawn to the Niwa Workers Resort in the Polish forest (which is as spooky as it sounds) by a mysterious individual in order to help uncover the truth about a tragedy which took place years earlier. It’s all very Stephen King-esque and involves a lot of piecing together a fractured story, and it’s done in a very methodical way where you’re invested right up until the credits roll. While some games’ ‘hooks’ tend to make certain experiences feel more like a tech-demo than a fully-fledged release, The Medium‘s on-the-fly realm-switching mechanic is truly impressive, not just from a technical perspective, but also from an art-design and gameplay approach. Players can switch back and forth between the two worlds, immediately rendering the environments and character models without a hiccup. Of course, it’s a great visual treat, but it also has its practical purposes too.

Switching between the two worlds is used for exploration, story-telling, and puzzle-solving. Certain items or areas can only be reached in one world or the other, but Marianne has the ability to ‘link’ certain things together between the two, such as providing power or moving objects in one world that will have an effect on the other. These puzzles won’t strain your brain, but there are some interesting moments of lateral thinking, and finding out what each part of the resort looks like in one world versus the other is horrifyingly entertaining. Speaking of the setting itself, there is lot of creeping around eerie and shadowy environments which seem to have a life of their own. The Niwa Workers’ Resort is large, labyrinthine, and full of some peculiar areas which will leave you second-guessing everything. Horror games are often only as good as their settings, and The Medium definitely has a memorable stage for its macabre happenings.

What The Medium gets right is pacing. Whereas some games are jam-packed with jump scares and loud moments, The Medium steadies itself for the long haul, rather opting for tension to build like a slow-burn monster movie from the black and white era of cinema. It works well and lets you immerse yourself in the story and world of The Medium, rather than feeling like you’re moving through a mechanised haunted house in a theme park.

That said, there are some high-tension moments where you’ll almost drop your control in fear. The Medium doesn’t necessarily have any combat, but there is an entity known as The Maw, which will hunt Marianne on her journey through and outside the resort. However, these are more scripted sequences which require you to use hiding spots and dashing from cover to cover, rather than fighting a consistent threat like that of Resident Evil 2‘s iconic stalker, Mr. X. The catch is, The Maw can follow you in both the spirit and material world, albeit with different abilities: in the material world, the Maw is blind, but in the spirit world, has heightened senses and very-much a dangerous threat. The trick is that you’ll have to switch back and forth between the material and spirit worlds in order to overcome obstacles while The Maw is hot on your heels. It creates an interesting cat-and-mouse dynamic which has a risk/reward puzzle-solving element to it too.

While The Medium is all about flip-flopping between a horror-packed nightmare and derelict reality world, there’s no indecision to what it is. This is a highly-tuned psychological horror game that doesn’t overwhelm itself with too many ideas and executes excellently on its story and mechanics. What it does, it does well, and is a brilliant notch on the belt for Xbox and PC exclusives.