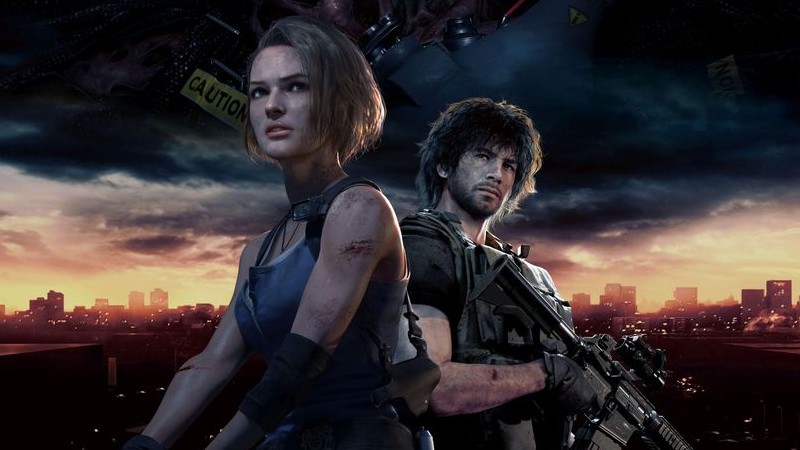 Should you sink your teeth into Resident Evil 3?

Resident Evil 3 marks a high-point for the revitalised veteran horror franchise, bringing a classic heroine in Jill Valentine and an iconic baddie in Nemesis to the forefront once again, but with a host of new tricks up either’s sleeve which will please longtime fans and newcomers alike.

Much like 2019’s Resident Evil 2, Resident Evil 3 is a full reimagining of the original game, rather than a simple remake. While you will scramble around the similar burning and crumbling Racoon City streets as in the 1999 title, there’s a lot new here too. All the environments have been recreated with the utmost realism, with crashing cars, screaming civilians, and new sections peppered with remnants of the devastating outbreak, giving us a fresh and immersive look at what things were like when the T-virus broke out. Visually, Resident Evil 3 runs on the same spiffy engine as RE 2, but a noticeable upgrade is present. Thanks to the more diverse locales of RE 3, there’s a greater variety of sights on offer which really showcase how good the RE Engine looks. Neon-lit streets and flickering diner lights keep the environments feeling real and interesting, while enemies are a lot more reactive to bullets too. The overall physics system seems improved as zombie limbs jolt back as they’re shot and flail like hippies at a trance festival when explosions send them flying.

From a design perspective, the original Resident Evil 3 was a bit more of a step in the action-orientated, bombastic tone of the franchise, but still kept the tension and horror in check, making it a favourite amongst fans. The remake tries to remind us of that by keeping to the slow and foreboding pace, but giving Jill some moments of sheer chaos to endure. Thankfully, she has some new tricks up her sleeve. An evasive dodge move is a great addition to her arsenal, but don’t think it’ll make the game easier. It’s quite tricky to time right, and some more difficult enemies almost require you to master it. And speaking of enemies, it’s hard not to dive into the the sub-titular enemy of the original game. Nemesis is as terrifying as ever, and the encounters with him are great. They’re well structured and deliver cinematic set-piece moments which heighten the fear and feel well thought-out throughout the game. He doesn’t stalk you as frequently as Mr. X did in RE 2, but for good effect. Where Mr. X just felt like a recurring game mechanic that was essentially abused until the novelty faded away, Nemesis feels like an actual villain.

The performances and wider cast is also a huge plus, the voice acting being far more colourful in this instalment thanks to the fact that Jill has a brash, often sarcastic demeanour and a lot more to work with as a character. She’s a fantastic protagonist who has benefited immensely from this reinvigoration, showcasing why she deserves to be front-and-centre more frequently in the franchise going forward. You also get the opportunity to play as Carlos for certain sections, which ties into the Resident Evil character-switching formula and provides some more bombastic crowd control moments to mix up Jill’s side of gameplay. Regarding its length, it’s a more compact RE title in terms of runtime, but not in scale and polish by any stretch of the imagination. It doesn’t overstay its welcome, and that’s a good thing, as RE 3 delivers a much more well-structured and chronicled tale of trying to survive Racoon City, with excellently-crafted chapters rather than a tiresome slog. The only thing missing is the inclusion of some more classic Resident Evil puzzles, however, in the context of the story, with Jill racing against the clock, omitting some of these makes sense.

Resident Evil 3 is arguably the most well-paced RE game around, taking cues from Resident Evil 4‘s action-to-horror ratio, while incorporating the technology and systems that made RE 2‘s remake a hit. It provides the perfect blend of explosive action and eerie science-experiment horror, which captures the heart and soul of the series.