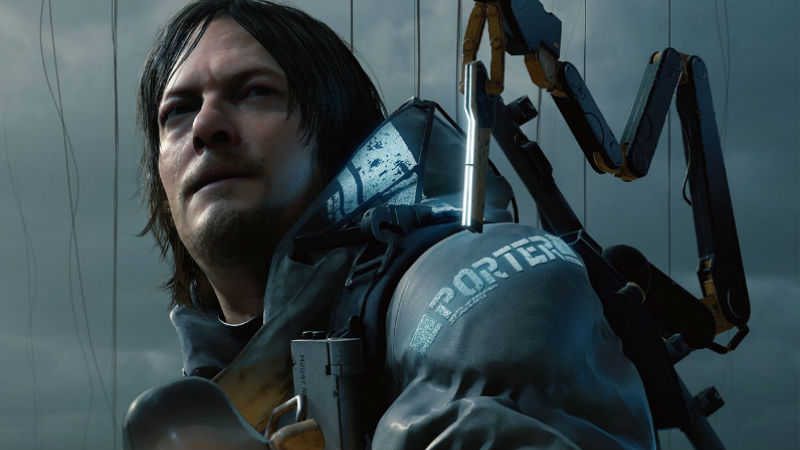 Whether you’re a fan of Metal Gear Solid creator Hideo Kojima or not, you have to concede that the man has a knack for creating hype, curiosity, and intrigue within the gaming community, for whatever he may be working on. Since his departure from Konami and the MGS series, Kojima’s new baby is that of Death Stranding – an admittedly bizarre, sci-fi open-world game starring Norman Reedus as Sam, a post-apocalyptic postman of sorts. The game has been shrouded in mystery since its reveal, with little being known about its plot or what the gameplay actually entails, and this has worked for and against Death Stranding.

With most people wanting to know what exactly Death Stranding is, whether it is just about crying babies and ghost monsters, and what you actually do in it – you get all those questions answered for better and worse. What we mean is that there’s more to Death Stranding than meets the eye, and not at the same time.

From a story perspective, there’s a lot more at play in this macabre, technologically advanced yet barren world, exploring the idea of re-connecting the broken communities across the United States which has been devastated by a mass extinction event. To do so, you quite literally have to walk from one settlement to another. That is the game. But, while it sounds incredibly menial (and at times, it can be), there’s a lot more to simply walking. You have to organise your cargo accordingly, keeping in mind weight and balance, as you’ll be travelling across some tricky terrain, and have to navigate your way through it using the left and right triggers to balance. If you lose your footing, you’ll drop your cargo, often slide down a hill, and have to start again. 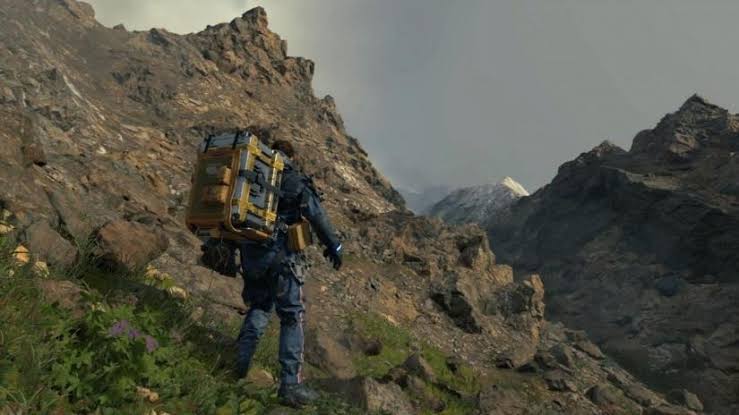 The funny thing is, the game is somewhat of a test for your own stubbornness, teaching you that the straightest and ‘quickest’ route is not always the best. Sometimes going around a mountain is better than going over it, even if it takes an extra 30 minutes. This is where your gear comes into play too, as you have the chance to equip yourself with ladders and other gear prior to each excursion, which can be the difference between a simple and very difficult trip. You can place ladders across ravines, rivers, and access higher pathways by using your gear cleverly, which helps immensely and gives you a sense of completion when you find a viable route. Death Stranding‘s asynchronous multiplayer comes into effect here, where other players’ planted ladders and gear can be found around the world, giving you a helping hand where possible. You won’t actually see the other players, only their leftover gear, which will disappear after a given time. This is obviously a fourth-wall breaking extension of the story, which really is all about helping other people, which is a nice touch by the development team.

So, while the traversal is the real element of the game, there are other moments where you encounter enemies. Human enemies known as mules will attack you to prevent you from completing your mission, which need to be avoided with stealth, distractions, or some basic hand-to-hand combat; while BTs (essentially ghostly apparitions) also appear from time to time and need to be avoided. While having these moments are great and do mix up the incredibly slow-pace of the game, they’re not that fun. The first couple times, the BTs do present a sense of dread, but the more frequently they happen, they do feel like an eye-roll obstacle to slow-down your journey.

The more interesting encounters are those with larger creature enemies, which play out more like boss fights. They’re not particularly challenging or test you too much, but they are a welcome injection of extra Kojima-weirdness into an already strange world. 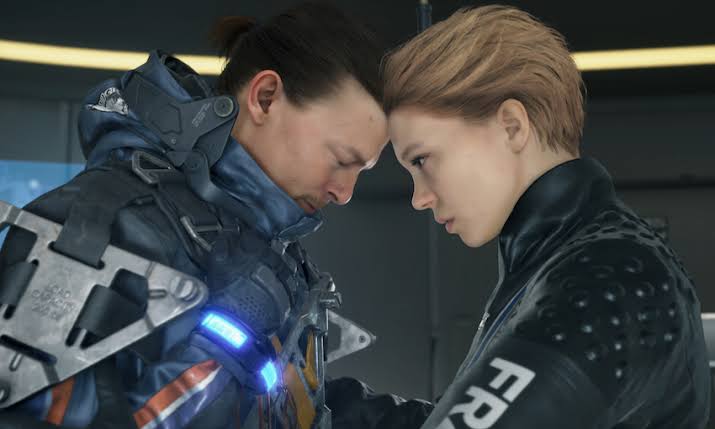 As is the case with any Kojima game, the story takes up a lot of room throughout Death Stranding, but sadly, as intriguing as the initial premise is, doesn’t really reach the lofty heights it aims for. While you do get to the bottom of the Death Stranding mystery, there’s a lot of overindulgent, unnecessary fluff in between which will even test the patience of the most cutscene-loving of fans.

Death Stranding is an incredibly interesting and unique experience, offering gamers something new and adding challenging mechanics to menial tasks that we usually take for granted in other games. However, its laborious story and lack of ‘wow’ moments keep it from being a game that should be recommended to everyone.

Death Stranding is available on PS4.

Find the best price for Death Stranding on PriceCheck.