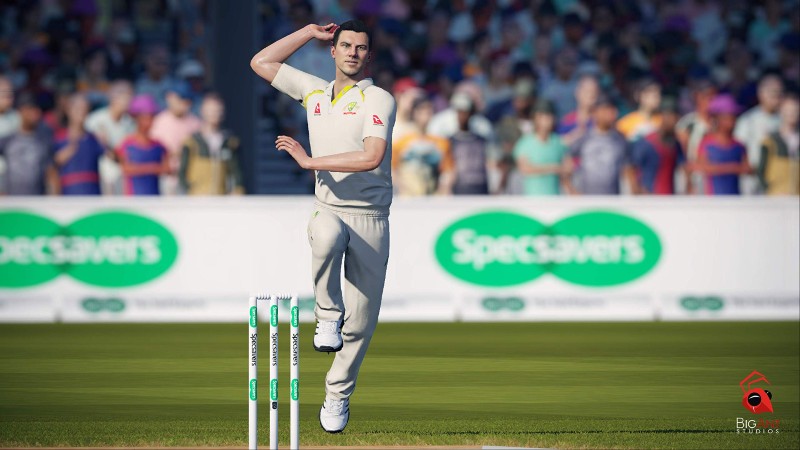 Winning shot or duck and hide?

With the sporting world being disrupted tremendously over the past two years, there’s no better time for a well-oiled simulation of your favourite sport to hit consoles and PCs, and Cricket 22 is here and set to scratch that bat-‘n-ball itch for fans and newcomers alike. However, does Cricket 22 do enough to warrant a purchase following Big Ant Studios’ last outing, Cricket 2019?

The short answer: a resounding yes. Cricket 22, while still largely a double-A smaller budget sports title, aims to tick a lot of the same boxes that big-name sports franchises have been as of late. This includes a more robust career mode, deeper mechanics, spiffy visuals, and even a cinematic element to the game, allowing you to become immersed in an evolving cricket story which plays out on and off the field.

Being the official game of the Ashes, you get England and Australia as headlining licensed teams, along with New Zealand, Ireland, West Indies and more onboard too, not to mention the Big Bash league being fully licensed. The official teams are one thing though, so how Cricket 22 plays is what’s important, and thankfully, the moment-to-moment gameplay manages to capture the intricacies of the real-life sport using some clever mechanics and mini-games.

New bowling and fielding controls do give you a more varied gameplay experience when switching from role to role. Bowling hasn’t changed dramatically from previous instalments, but having the ability to gauge your run-up, ball placement, and spin does give you enough versatility; and it’s safe to say that using spin bowlers to catch batsmen offguard are the most enjoyable aspect of that discipline.

Fielding now utilises a new mini-game-like system of trying to quickly move a cursor into a circle or time button prompts in order to complete a catch or throw the ball back to perform a run-out. It looks good, and some slow-motion effects do add some flair to the presentation, but all in all, it does lose its excitement pretty quickly.

Batting, on the other hand, is obviously a highlight, allowing you to utilise passive, aggressive, or more defensive shot types which all come down to timing. If you time your shot well based on what you anticipate the bowler to do, you can rack up some runs. If you wildly smash the shot button without your timing and placement are taken into account, you’ll either slice the ball straight into a fielder or miss it completely, often resulting in a wicket. It’s a simple system that’s relatively unchanged from cricket games over the years, but a formula that works.

Spicing things up is the new career mode, which like that of recent FIFA and F1 entries, attempts to add a cinematic and immersive element to the proceedings. After creating your player and speciality, you’ll have to work your way up through the club levels, negotiate contracts, and even have to train in the nets and hit the gym, giving you a few strength and attribute-building mini-games to complete. While definitely a little rough around the edges, it’s easily the most engaging and enjoyable part of Cricket 22, especially for fans of the sport who want to live out there cricket dreams.

Cricket 22 doesn’t set the world alight, but it is still one of the few and only cricket games around, aiming to evolve the on-field gameplay and add some interesting new modes. While it’s hard to say if it achieves those goals fully, there is a lot of enjoyment to be had if you’re a die-hard fan, but how long you’ll stick with this instalment will come down to your passion for the red-ball game.

5 Games of January to Keep on Your Radar
Rugby 22: Watch the First Gameplay Trailer
To Top
wpDiscuz