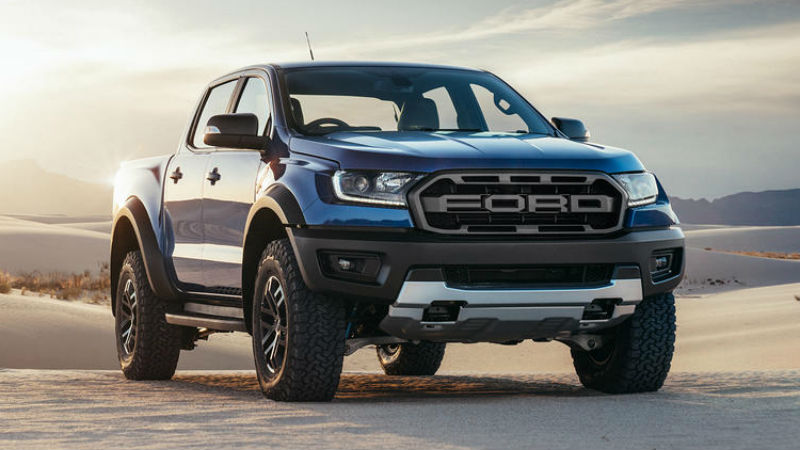 We’ve driven Ford’s beastly bakkie, but is it worth the price-tag?

Much like that of a heavyweight boxer, Ford’s new, revamped Ranger Raptor has an immediate presence. You know this thing has some power due to the intimidating appearance, heightened by a large front-grill, raised front-bumper, and 33-inch tyres; but it really is the meticulously-tuned engine, wildly-dynamic traction control, and subtle creature-comforts that make the Raptor feel like you’re driving a rally car (badly) disguised as a bakkie.

While the performance iterations of beloved SUVs and bakkies are often splashed with some in-your-face vinyls, this iteration has been simplified, giving consumers some fantastic colours – blue, grey, red, black, and white – with some graphite-looking finishes to give the car a well-polished look, but one which screams “take me to the farm” too. The interior leans on that notion, with a clean and minimal dashboard, surrounded by hints of racing pedigree – from the bucket seats to the bright red centring-strip on the steering wheel. So, what’s under the hood? The Raptor houses a new innovative 2.0-litre Bi-Turbo diesel engine, whereby the two turbos work sequentially to deliver huge power and torque, combined with a state-of-the-art 10-speed auto transmission that keeps changes quick and leaves little to no drop in revs. While there are bigger, meaner engines on the market, it really is a somewhat jarring experience to feel how tightly-tuned the Raptor’s Bi-Turbo is. While some vehicles in this class do have a slight delay on their turbo kicking in, the Raptor’s feels ‘always-on’, providing you with immediate feedback from every feather of the pedal and showcasing the grunt of what the vehicle is able to achieve.

As equally as impressive as the engine is the Raptor’s Terrain Management System (TMS), which offers various settings – with everything from your low-gear ratio rock mode to hill-climb – but, without a doubt, the biggest standout is Baja mode. While other cars’ sports modes leave often only leave a little extra room for play on the high-end portions of the car, Baja mode seems to transform every aspect of the Raptor in a performance vehicle, from the moment you touch the accelerator to how the car handles. Suspension softens, traction control eases up, and a lower gear-ratio gives you a light and lofty feel, tight steering, and tons of power. It’s essentially the ‘fun mode’ button and gives you the real Raptor hiding beneath its bakkie facade.

So, there’s no denying that the Raptor is no ‘every man’s car’. It has a specific purpose, and it’s breadth of performance tricks will inevitably come with a price-tag. The entry price sits at R786,400, which includes a standard with a 4-year /120 000 km comprehensive warranty, 5-year/unlimited km corrosion warranty, 3 years of roadside assistance, 6-year/90 000 km service plan with intervals every 15 000 km. However, for the price of essentially owning a rally car, it’s not a bad number.