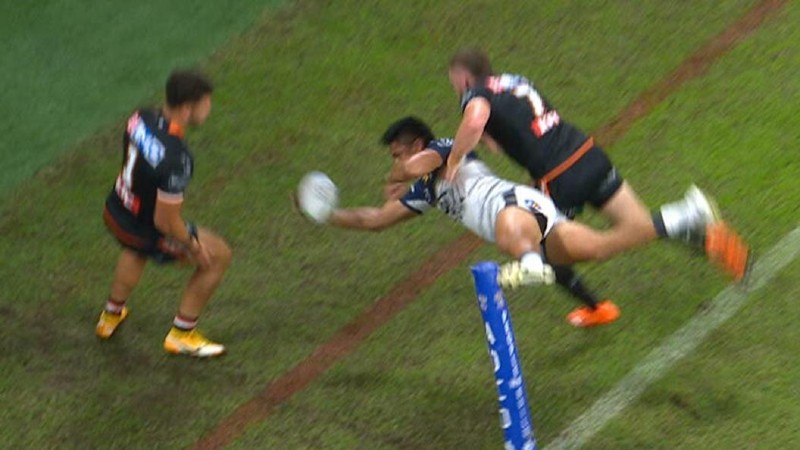 The NRL rugby league competition in Australia has been producing some stunning tries so far this season, but the Cowboys may have just pulled off the best score of the season with a spectacular offload from winger Murray Taulagi.

After going for the corner, and being tackled right out of the field, it looked as if the play was over, but Taulagi managed to throw an offload back infield while midair for Jackson Hastings to catch and score.

MenStuff.co.za is about bringing men’s lifestyle features and news for the every man’s man. Sport, movies, games, culture and anything else that can grow hair on its chest. You won’t find cringe-worthy stereotypical testosterone-fueled “tips” here. MenStuff is all about catering for the real man of the 21st century – enjoying the fun things in life while also having a laugh and some banter with the lads. 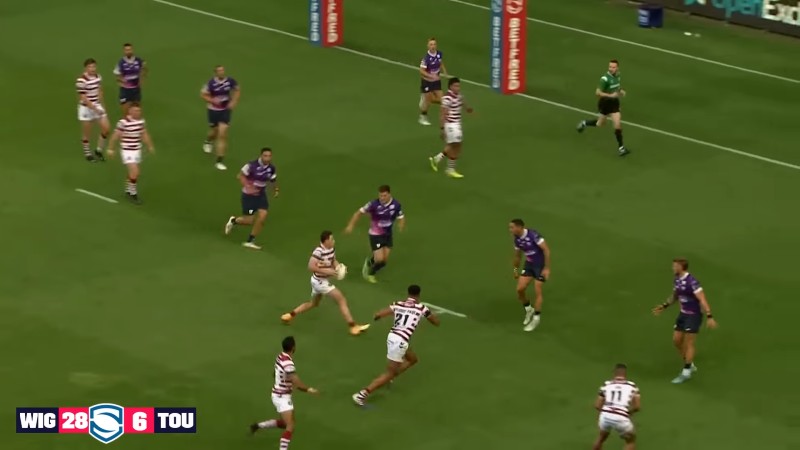 Australian Jai Field is making waves in the UK with the Wigan Warriors in the Super League competition, and for good reason. The speedy fullback is becoming a crowd favourite for his footwork, pace, and scoring ability, and that was all on show against Toulouse this past weekend.

After getting the ball in some space, Field jinked between a few defenders, goose-stepped through the line, and beat the fullback with another sidestep.

And you can see the lead-up to the try and full highlights here:

WATCH: Is This the Most Acrobatic Try Ever?

Dallin Watene-Zelezniak delivers an incredible finish for the Warriors. 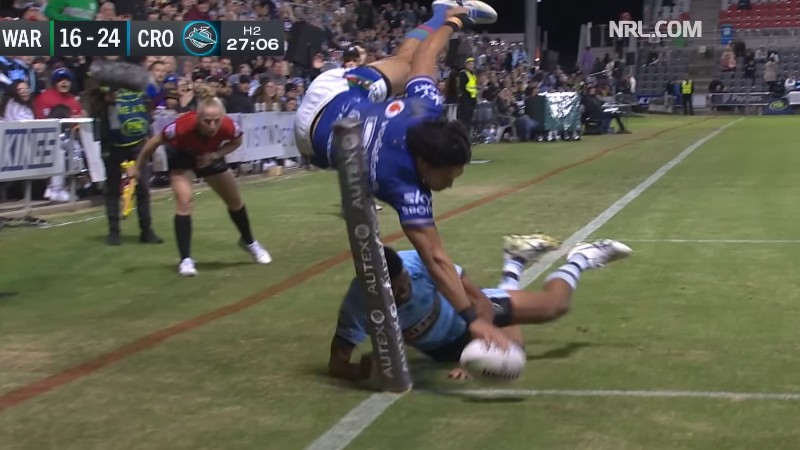 Another week in the NRL rugby league competition, and another spectacular try has been scored, his time from Warriors winger Dallin Watene-Zelezniak against the Cronulla Sharks.

After receiving a great pass, Watene-Zelezniak looked all but covered by the Sharks’ defence, but the 26-year-old Kiwi international managed to launch himself into an almost-untouchable position in order to give himself the chance to dod the ball down.

The Parramatta Eels deliver a miracle try for the ages. 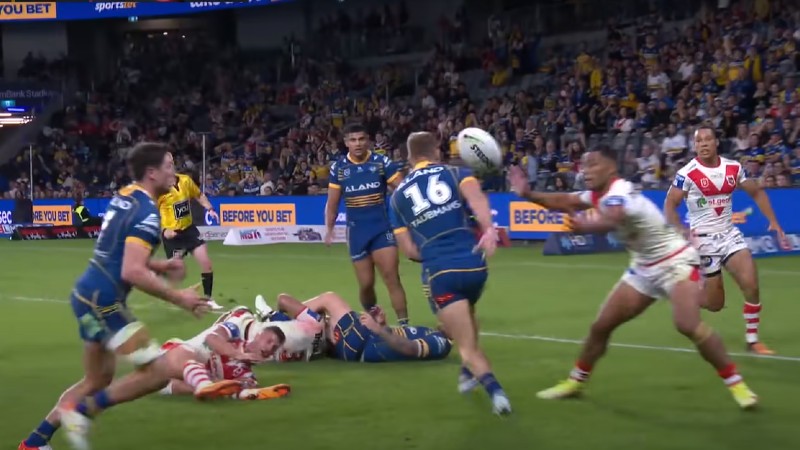 The NRL competition Down Under continues to produce some magical moments, despite being only a few rounds into the competition, and another stellar try came from the Parramatta Eels, who delivered some spectacular skill to score in the corner against the Dragons.

After receiving a pass mid-air, Bryce Cartwright was able to transfer to the ball into his other hand and flick it out the backdoor to Mitchell Moses, who was looping around and dotted down in the corner.

WATCH: Absolutely Ridiculous Rugby League Try is One of the Best Ever

Jayden Okunbor scores one of the tries of the 2021 NRL season against the Knights. 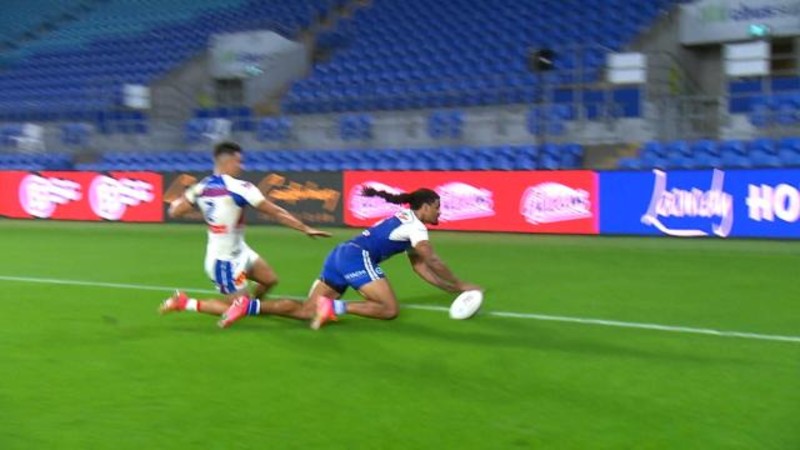 Whether you’re a rugby league fan or not, you have to acknowledge the sublime skill level from Bulldogs winger Jayden Okunbor, who scored arguably one of the best tries of all time this past weekend against the Newcastle Knights.

After a cross-kick to Okunbor was placed a little too far, it didn’t stop the big winger from managing to get to the ball, catching it perfectly, and dotting it down all in one seamless movement before sliding across the dead-ball line.

Things get a little heated between the Warriors and Centurions. 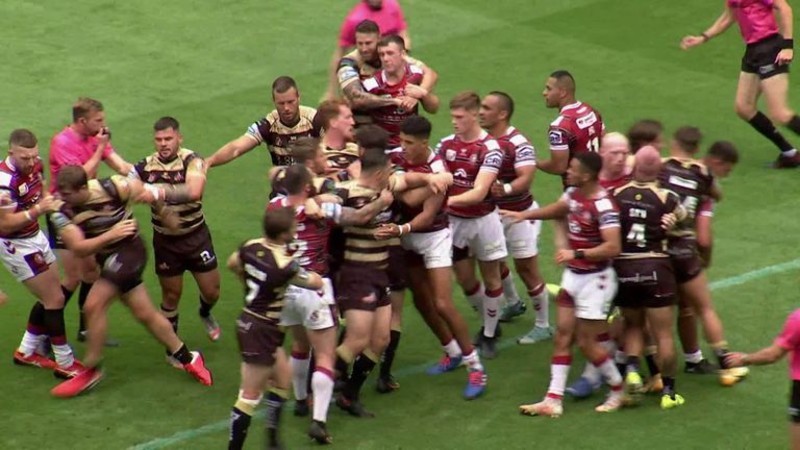 Our neighbours up north are no strangers to some fisticuffs in their Super League competition, which pits the best English rugby league teams against one another, and the match between the Wigan Warriors and Leigh Centurions was a perfect example of this.

From a fast, frantic, and skilful game, things devolved quickly with a niggly hit which resulted in some punches being thrown around. Obviously, players from both sides got involved and it turned into quite the brawl.