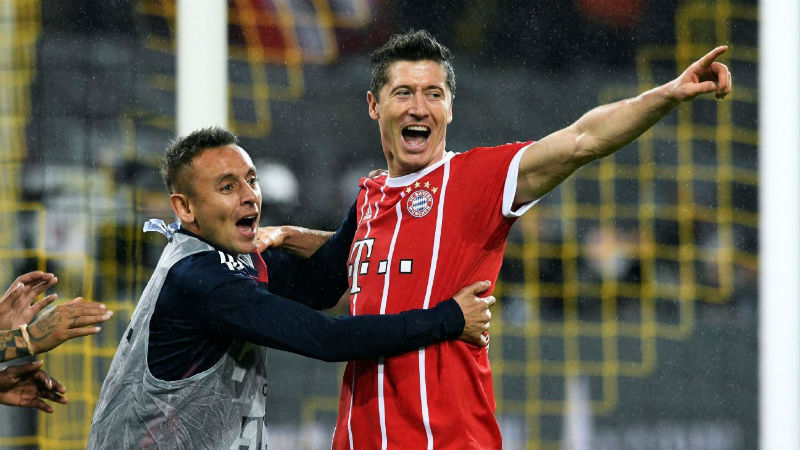 Robert Lewandowski’s move from Borussia Dortmund to fierce rivals Bayern Munich was the talk of the town back in the 2014/2015 season. Since his move to the Bavarian giants, he’s scored a few goals against his old club Dortmund, but it’s possible that his goal against them in this weekend’s 3-1 win for Bayern is his best.

Lewandowski is known for his technical aptitude, he’s by no means a blunt instrument as a centre-forward; he offers more than just brute strength or aerial ability.

After some good build up play down Bayern’s right hand side, a low cross was played into the box, but it was too far behind Lewandowski for him to take a conventional shot. Instead, he did what many technically-gifted players have done in the past and improvised by flicking the ball with his heel, and despite a small deflection, it looped over the stranded keeper and into the back of the net.

This victory puts Bayern at a comfortable 26 points at the summit of the German league, with RB Leipzig 4 points behind them in second. Dortmund are now six points behind Bayern, with this defeat effectively cutting short what seemed like a promising start to the season.

The next challenge for Bayern will be to replicate their Bundesliga form in the latter stages of the Champions League, can Robert Lewandowski maintain this good form into Europe too?

If you’re looking to put your money on some of the upcoming football matches, you can place your bets on the here.