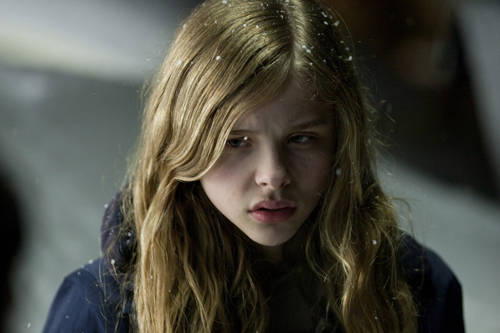 From Hit Girl to horror show.

MGM and Screen Gems studios are teaming up with Boys Don’t Cry director Kimberley Pierce for a remake of the 1976 Brian De Palma classic horror Carrie.

Chloe Moretz, most recently seen in the family-fantasy film, Hugo has been cast in the role of Carrie White, a telepathic outcast, raised by a fanatical religious mother. Julianne Moore and Jodie Foster are in talks for the part of Mrs White. In a role made famous by Sissy Spacek, Moretz seems to be a good choice for what many are calling an unnecessary remake that is part of the latest Hollywood trend of revising films that have proven to be box office gold (Psycho, The Italian Job, King Kong etc).

Understandably, 15 year old Moretz was excited about the casting and took to twitter, saying…”Never been so happy in my life…Thank you [director] Kim Peirce and thank u MGM for the chance of a lifetime i will never forget!”

Moretz will next appear in Tim Burton’s Dark Shadows.