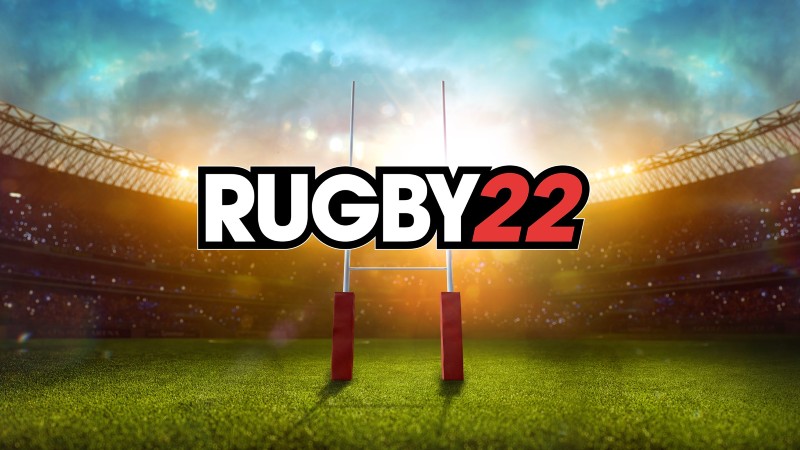 Check out the first full gameplay trailer for Rugby 22.

Rugby fans will be glad to know that developer Eko Software and publisher Nacon have announced that the next instalment in their Rugby franchise, Rugby 22, will launch on 27 January 2022, and the first gameplay trailer has been released for the entry.

Last month, the developer and publisher confirmed some more official team licensing, revealing that the All Blacks and Wallabies will feature in the game. Other official licenses include France, Fiji, Ireland, Italy, Scotland, Wales, Japan, and Georgia.

As for the tournaments, and according to Rugby 22‘s Xbox achievements list, the French Top 14 and Pro D2 will be included.

Rugby 22 will feature solo and online multiplayer modes, along with a Career Mode which will see you create your own club and take them through the ranks. New and improved gameplay tweaks have also been added, including the ability to set your wing positions, create pods, adjust your defence, and a host of other options.

While the reception for Rugby 20 was mixed, to say the least, the Paris-based development studio has used all its expertise in sports games (Handball 21, Rugby 18 and Rugby 20) and is making many improvements to this latest simulation. The initial announcement of Rugby 22 stated that the game will feature more realistic AI, improved difficulty that adapts better to each player’s level, and more lifelike star-player faces – especially on the latest-generation consoles – thanks to the use of photogrammetry.

Benoît Clerc, Head of Publishing at Nacon, explained the goal for this new edition: “Rugby 22 continues and builds upon the great work started by Eko Software on the previous two games. We want to offer rugby fans the most authentic and complete experience possible with updated gameplay that has incorporated many improvements based on player feedback on the previous titles and by including official teams and competitions never seen before in a rugby simulation.”

Among the official teams and competitions included in Rugby 22, players can find the top leagues with all the official clubs, as well as the major national teams like France, Italy, Ireland and Japan to name a few.

Rugby fans can also play as the sport’s current star players and choose their favourite teams to compete against their friends in multiplayer.